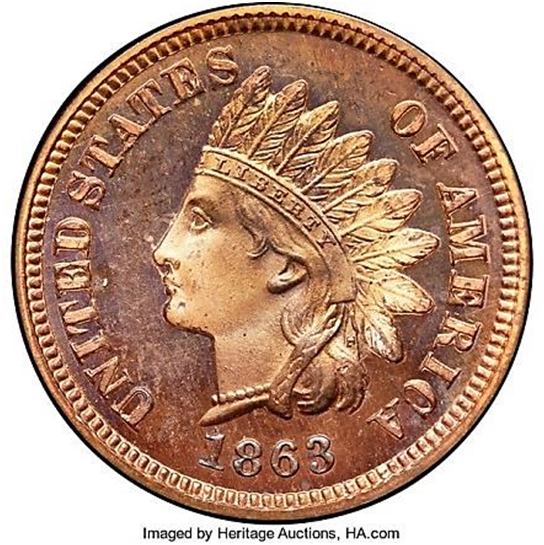 At the World’s Fair of Money show in Chicago Illinois, I was introduced by a friend in person to an amazing coin, the 1863 “L” on Ribbon Indian Head Cent. Before this time, over the phone, I recall a conversation with a coin collector who stated that he found such a coin in circulated condition.This  would be a true “Treasure among Treasure” find. He said that he sent it to Rick Snow. Given that I lost everything in the fire of Sept 2020 in northern California, I cannot retrieve or recall this person identity. If as stated, I bet Rick will know.

Any regular reference book on coins such as the “Red Book,” does not show an 1863 L on ribbon Indian cent. It first appears on regular issued coins in 1864. Back on November 8th of 1903, this coin was noticed by a Mr. Wm Hidden who communicated to the ANA about it. The knowledge of an 1863 L on ribbon centbeing mentioned in any numismatic publication seems first to surface in the December of 1903 issue of the ANA’s “The Numismatist, page 375.” (see below) I hear reports of an even earlier published date for an auction, but I could not locate that.