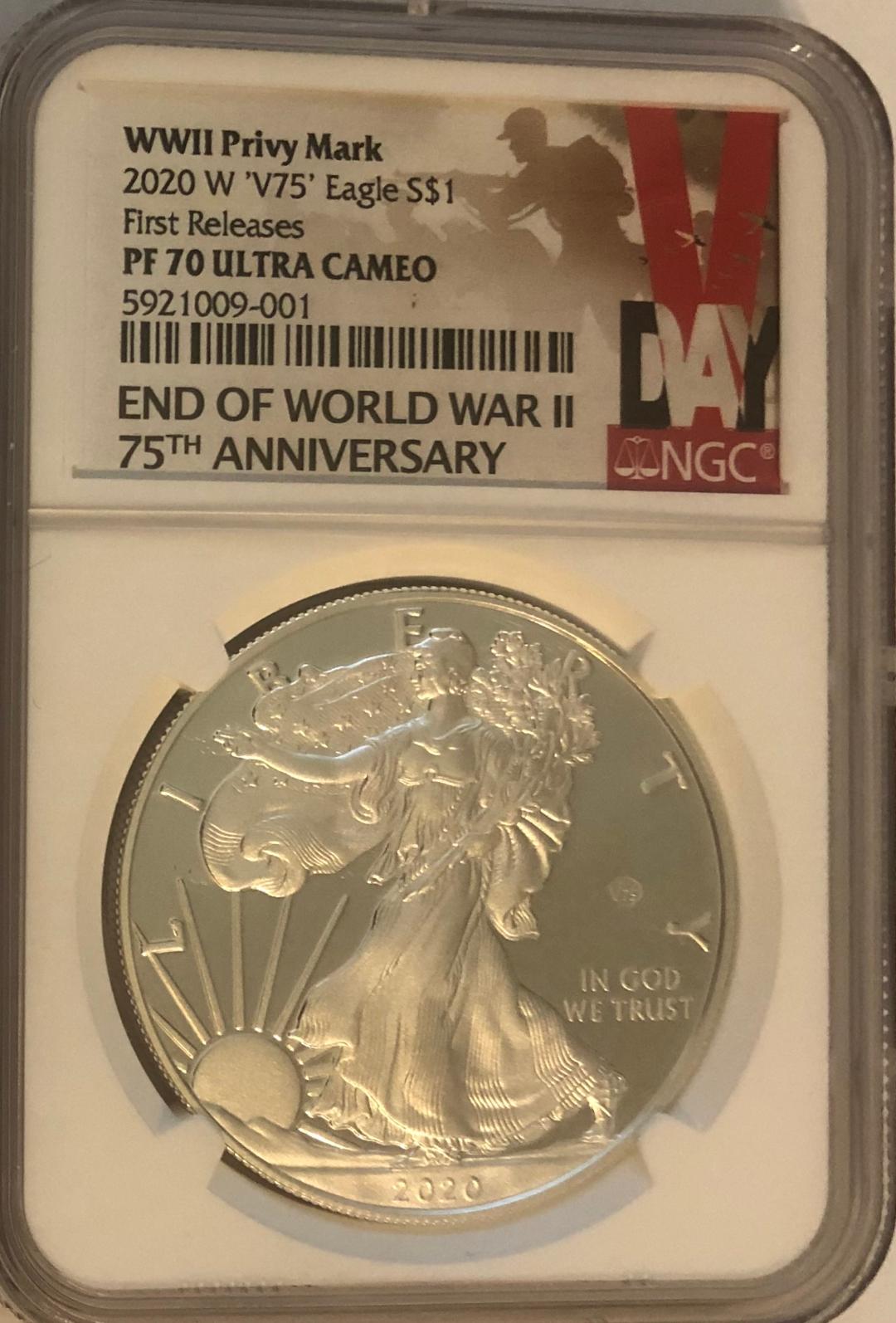 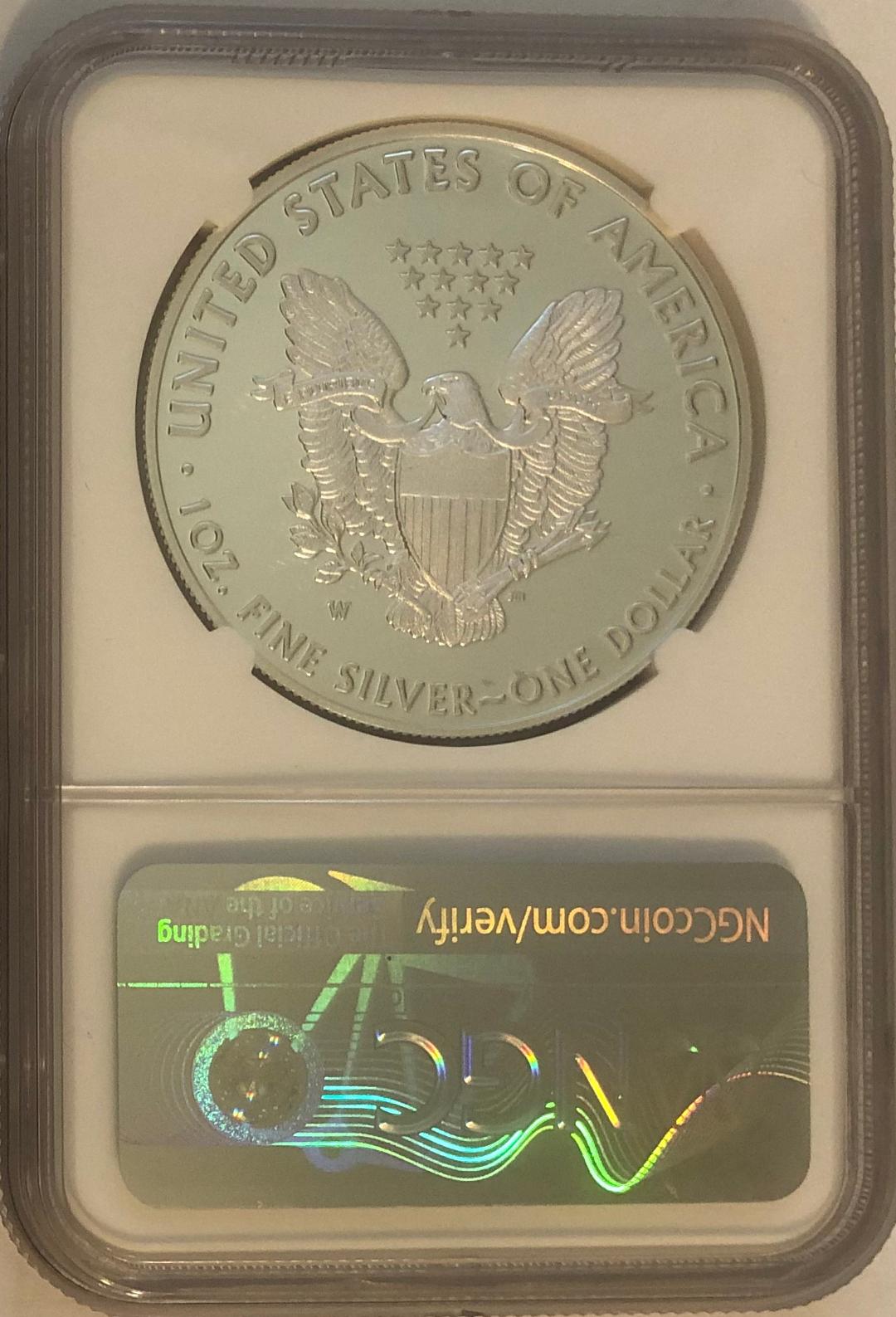 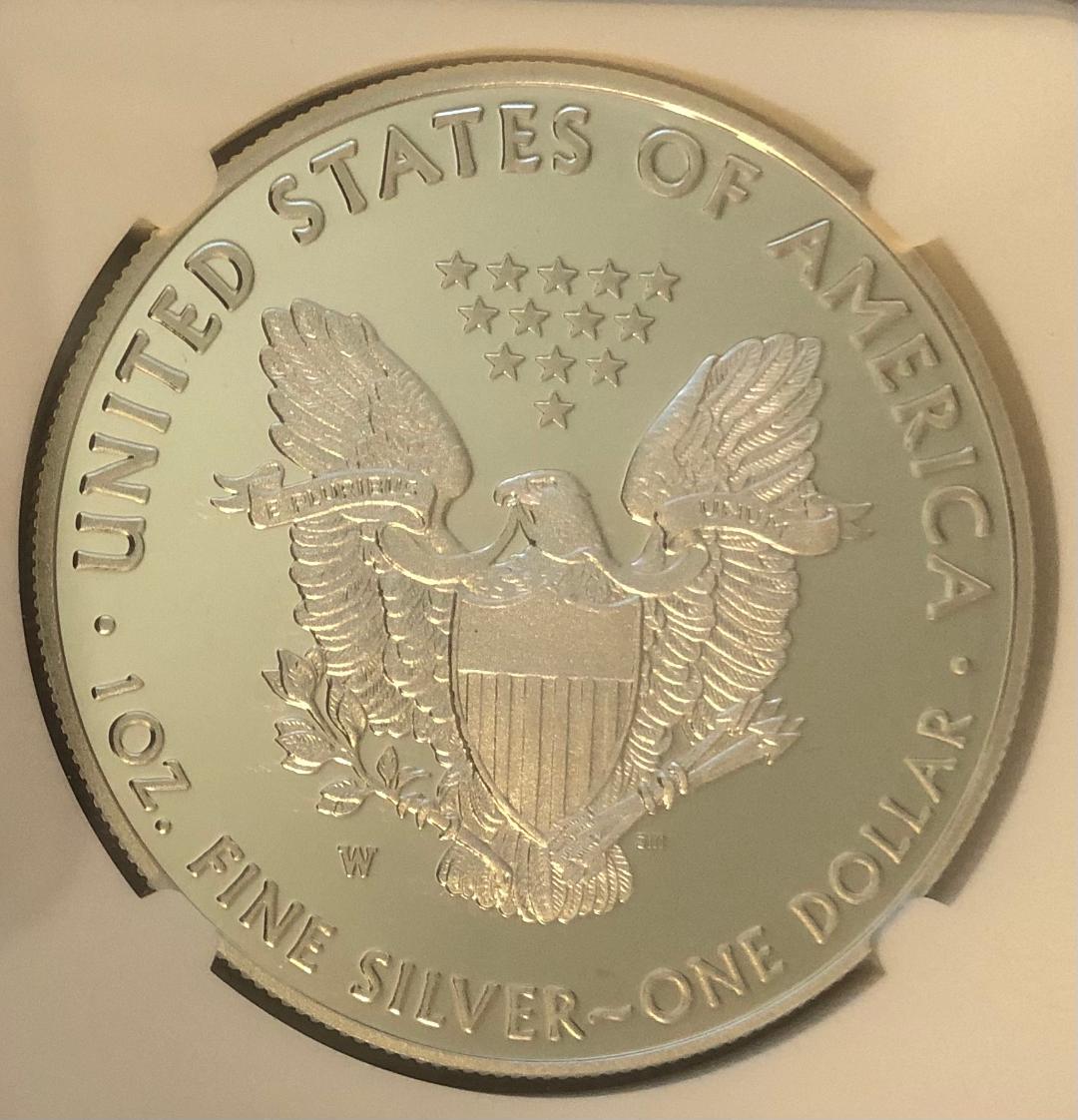 This Item has expired

End of WWII Privy mark - The only Silver Eagle ever minted celebrating the end of WWII In 2020, the United States Mint issued its coveted Proof American Silver Eagle coin with unique privy marks to honoring the 75th anniversary of the end of World War II. The V75 Privy had limited mintages and were instantly popular with collectors. This 2020-W 1 oz V75 Privy Proof American Silver Eagle Coin is available to you though my store on Coin and Card Auctions in perfect PF 70 condition. Coin Highlights: Arrives in an individual plastic slab from the NGC Special V75 Privy Mark on the obverse! Limited original mintage of only 75,000 coins! Limited availability of certified perfect coins! Contains 1 Troy oz of .999 pure silver. The face value of $1 (USD) is fully backed by the US government. Graded PR70 by NGC. First Releases designation. On the obverse is Walking Liberty. The reverse depicts the heraldic eagle of the United States. W mint mark from the West Point Mint. The release of the 2020 V75 Privy Proof American Silver Eagle coins come with strict mintage caps. Each version of the coin had a commemorative mintage figure that was specifically set to honor the occasion. The 75,000-coin mintage of the Proof Silver Eagle was in honor of the 75th anniversary of the wars end A PR70 coin has full, original mint luster with no detracting flaws present on the specimen. On the obverse of 2020 V75 Privy Proof American Silver Eagle Coins is the image of Walking Liberty. This design was created in 1916 by Adolph A. Weinman and submitted to the US Mint that year for consideration in replacing designs on the Barber Coinage. It was chosen for the US Half Dollar and featured on that coin until 1947. This side of the coin includes the distinctive V75 privy mark. The mark itself is shaped like the Rainbow Pool in Washington D.C., a reflecting pool that is located at the heart of the National World War II Memorial. Inside of the privy is an inscription of V75, honoring victory 75 years ago. The reverse of the 2020-W V75 PRivy Proof Silver Eagle includes the heraldic eagle of the United States. The heraldic eagle has been in use on American coins since 1794 and has been modified several times. This most recent modification took place in 1986 by John Mercanti and was done for the debut of the Silver Eagle. Please contact bidsmaker1@yahoo.com if you have any questions 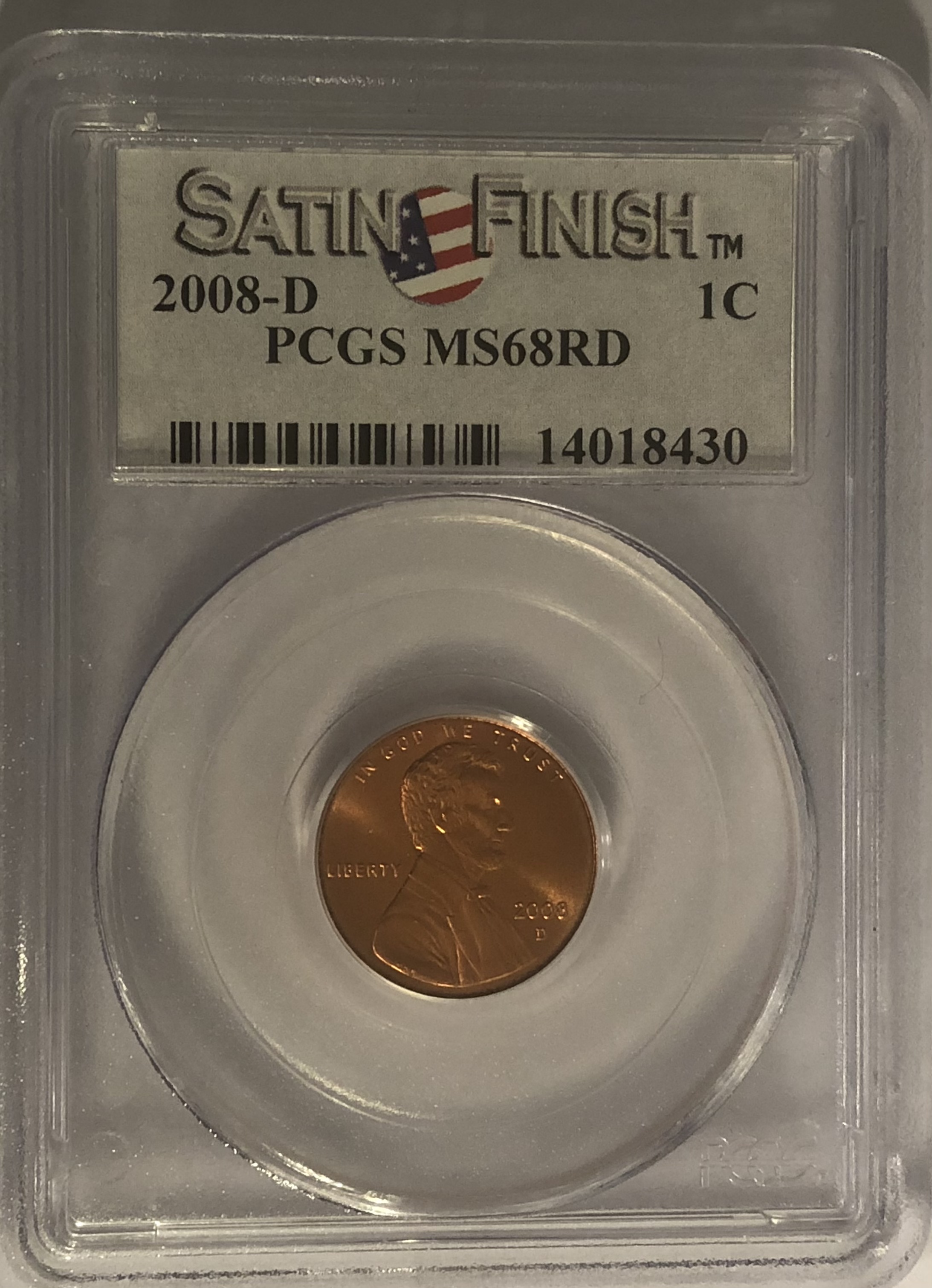 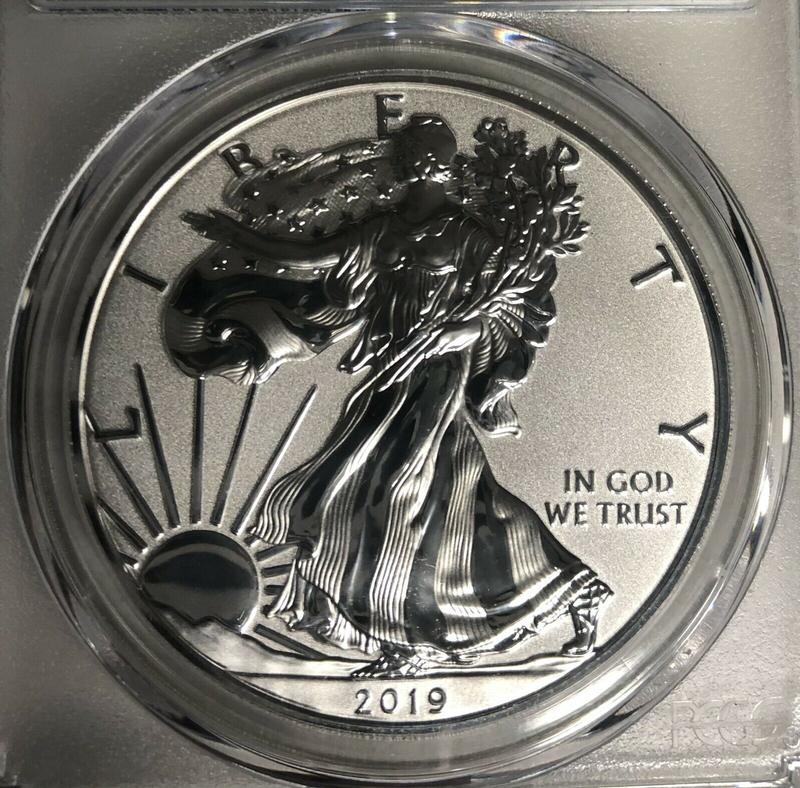 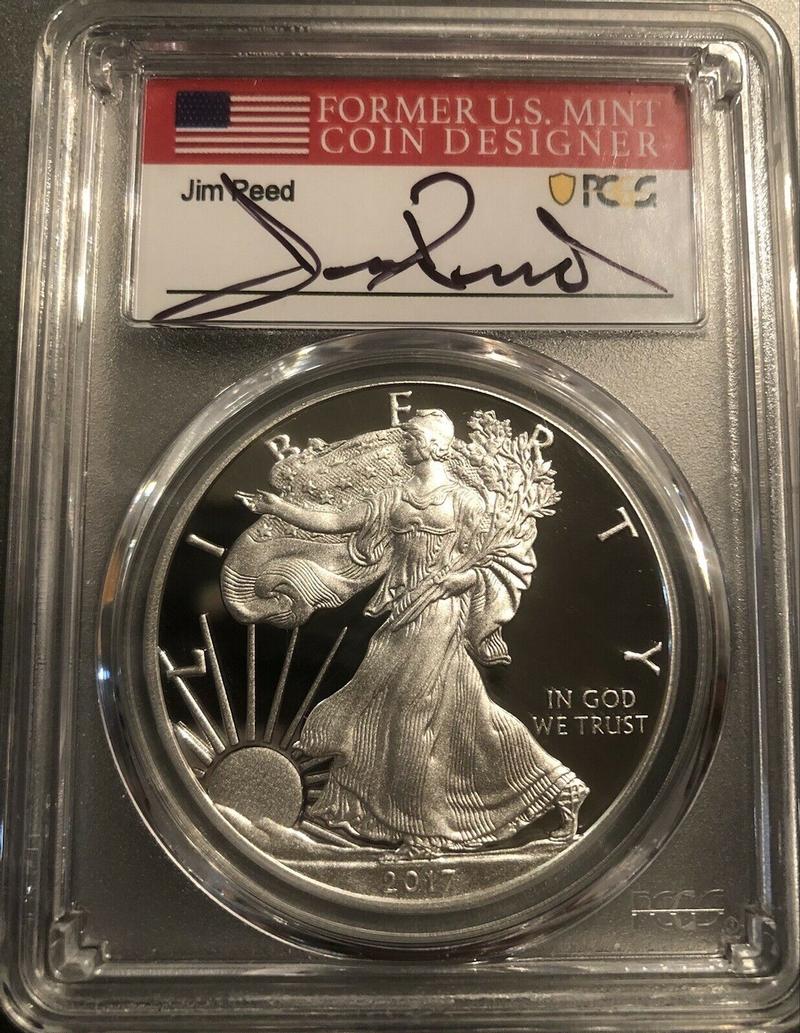 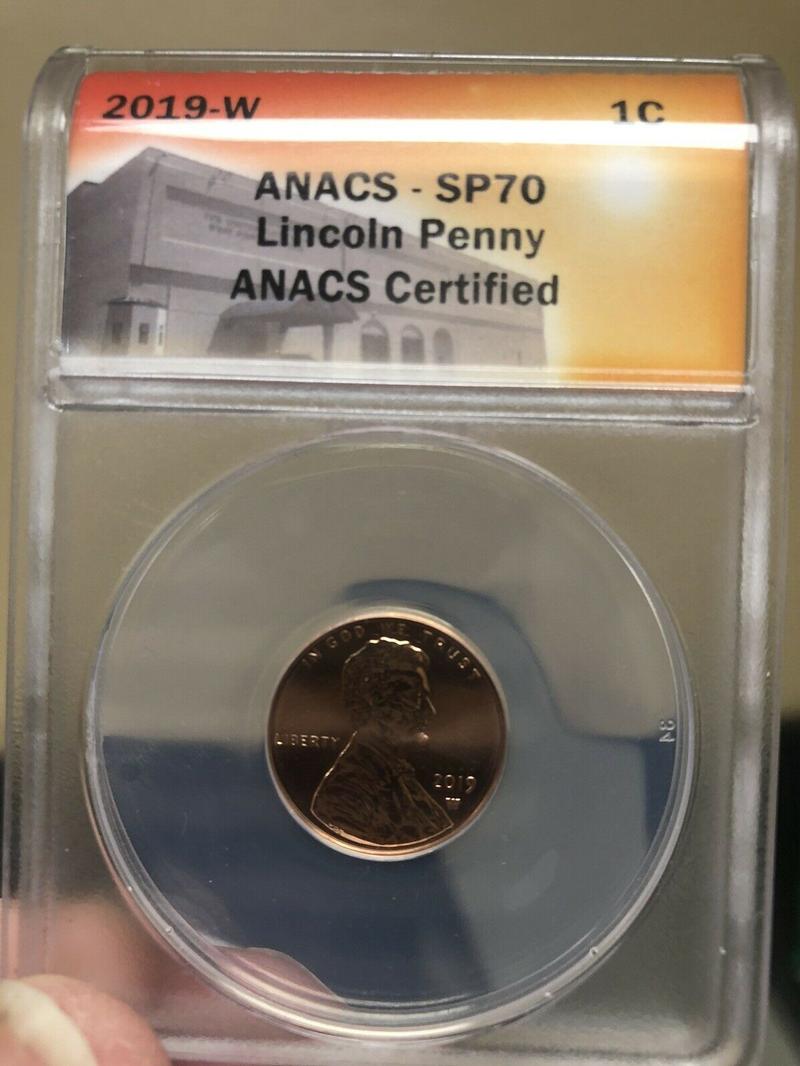 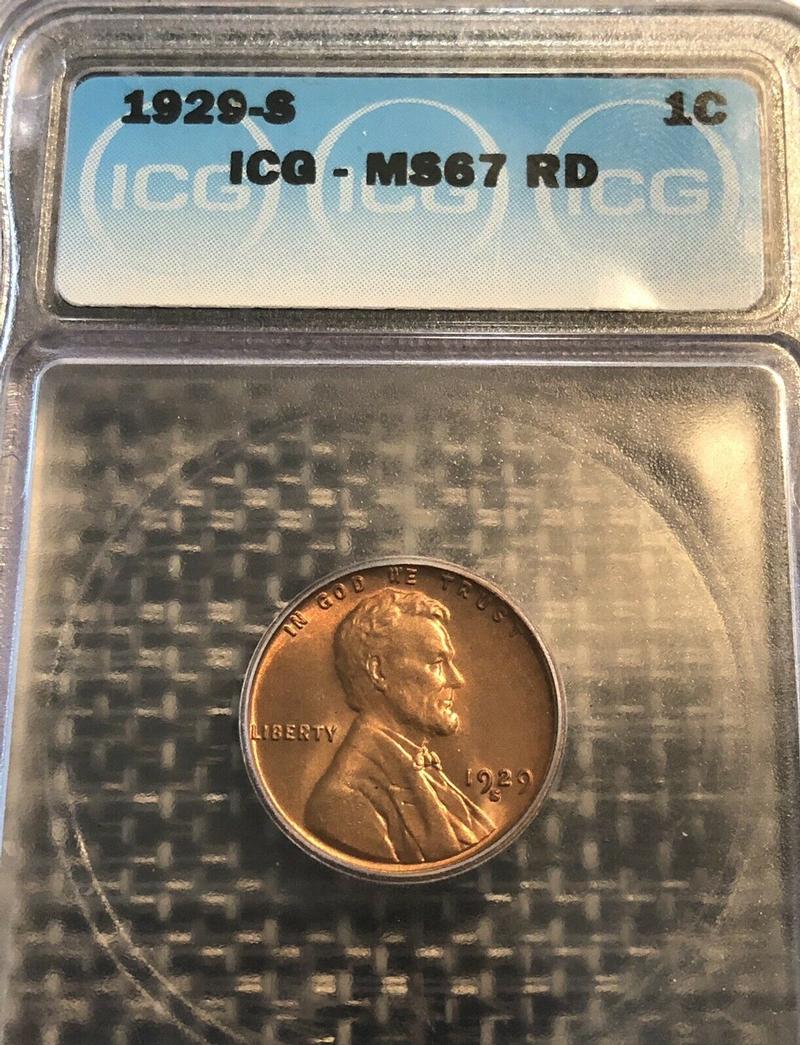