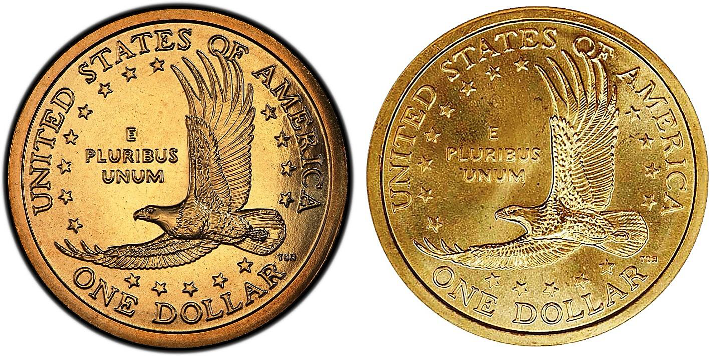 With rare exemption, I always write about coins I own. This article is no exception and from my ownership, I observed and learned a few things that I feel should be said again about this rare and very desirable variety.

The year 2000 – the New Millennium was planned with much fanfare.  If you recall there were the dooms day prognosticators who foretold of the end of the world using the Y2K title to warn. Do you recall the computer tech guys who said all our systems would crash due to the computers and their programs only using two digit year designators and the New Year 2000 was never planned for? Even our appliances were supposed to fail. In Health Care, my profession, health departments around the country was forcing the industry to plan for major outages and make alternative plans and file a strategic plan with them. With rare exception all the planning and concern resulted in “Much to Do about Nothing”- a real a waste of money and precious time.

But one big change did realize – the United States Mint introduced a New Golden Dollar with the goal of the American populace embracing it over the old paper dollar bill. Great effort was put into place to make this a reality. TV ads ran, promotional items were issued, all with the goal of the public to embrace these new coins. By early January 2000, this being before they were available anywhere else, Walmart, Sam’s Club and the General Mills partnered with the U.S. Mints promotion and had the coins for distribution. Federal Reserve Banks did not begin shipping the coins until January 18, 2000. However this was not the only promotion as the mint partnered with many large retailers to issue the new “Golden Dollars” in change. Within this promotion, General Mills placed one Lincoln cent in every box of Cheerios and a Sacagawea dollar and cent inside every 2,000th box of the same. One detail not often mentioned is that in every 4,400th box, there was a certificate redeemable for $100 in the New Golden Dollar. I have always wondered if some of these might have been of the prototype variety.  An excerpt of the Mints press release is here below:

First Year 2000 Pennies and Dollar Coins in All Six Cheerios Brands This Week
Minneapolis, January 5, 2000 - The Millennium will arrive in mint condition - literally! Ten million newly minted Millennium Pennies - the first Lincoln cents stamped with the year 2000 - will be distributed inside boxes of all six varieties of Cheerios. The 10 million cereal boxes containing the Millennium Penny will appear on store shelves across the United States beginning this week.
Since general circulation of these coins is not expected to begin until February, this historic offer gives Americans a chance to get the new coins before they're widely available.
In addition to the penny, every 2,000th participating box in the Cheerios franchise will include one of the brand new, highly anticipated one-dollar gold-colored coins - the Golden Dollar - featuring the image of Native American heroine Sacagewea. Plus, every 4,400th box will contain a $100 prize in the form of a special certificate redeemable for 100 of the new Golden Dollars.

With the late discovery in 2005 of this Sacagawea variety, FS-902 - today not many collectors recall these cereal boxes

During the delivery of the coins, being sealed by the mint on the cards – obverse side up, any difference would not have been noticed on the reverse or down side. The inserted coins dated 2000 were placed on a card, obverse side up and shrink-wrapped – thus in keeping with the promotion of the year 2000 which the coins all showed. For some reason, the black card decorated with images of 2000-dated cents and dollar coins carry the “S” mint mark used on proof coins which neither of these coins would have. The packaging was titled “Cheerios”, and this moniker has been attached to the coins ever since.